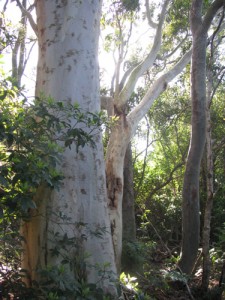 From Bexley North at the western end of the Wolli Creek Regional Park (WCRP), the Two Valley Trail (TVT) and Wolli creek travel through beautiful, and unexpected bushland. Although some areas of the Valley are still strongly weed affected, particularly on the creek flood plain, you can also see remnant rainforest plant species, sandstone gully woodland, impressive sandstone cliffs, heathland, wetlands and floodplains. Further east, downstream from the weir and fishway at Turrella Reserve, Wolli creek becomes brackish, and passes by Mangrove and salt marsh plant communities, en route to its junction with the Cooks River.

There are many places where you can appreciate the beauty of the Wolli Creek Valley.

Western end of the Regional Park

Although close to Bexley Road and the M5 Motorway, this area shelters a remnant patch of rainforest, as well as Turpentine trees. Bush regeneration has been underway here since 2006. The diversity of native plants that have ‘bounced back’ as a result of bush regeneration efforts has been striking. This area of bushland between the start of the bushland track near Bexley North, and the grassy open area of Illoura Reserve to the east, was under real threat from the New M5E motorway (the expansion of the original M5E motorway), a threat thankfully averted.

Since 2003 volunteers have put a lot of work into reclaiming this lovely wetland from the Willows that dominated the ‘billabong’, and the Privet and exotic vines that previously swamped  the large remnant Swamp Mahogany (Eucalytpus robusta) trees located on the wetland edges. Located adjacent to the Hartill-Law Ave road bridge near Bardwell Park railway station, this is a spot well worth looking at and keeping an eye on.

The eastern end of the Valley features the open parkland of Turrella Reserve, easily accessed from Turrella Station, and a 13 minute train journey from the city on the Macarthur/Airport line. A 2 minute walk from the station down Henderson St. and across the footbridge will see you in the Reserve. Stop on the footbridge to view the fishway built in the weir in 2009.

The Turrella Reserve playground is popular with families and picnickers. WCPS volunteers have re-vegetated an area beside Wolli Creek, between the bridge and Turrella creek’s junction with Wolli Creek, as well as an area which was previously the old market garden pond. The National Parks and Wildlife Service has also reshaped and re-vegetated Turrella Creek, (previously a very neglected, large stormwater course) and have also constructed a saltmarsh area adjacent to Wolli Creek, just to the east of Turrella Creek.  A gross pollutant trap was installed in 2010 under a grassy area in Turrella Reserve to trap street litter such as PET and other bottles, cans etc, as well as silt before they reach Wolli Creek. 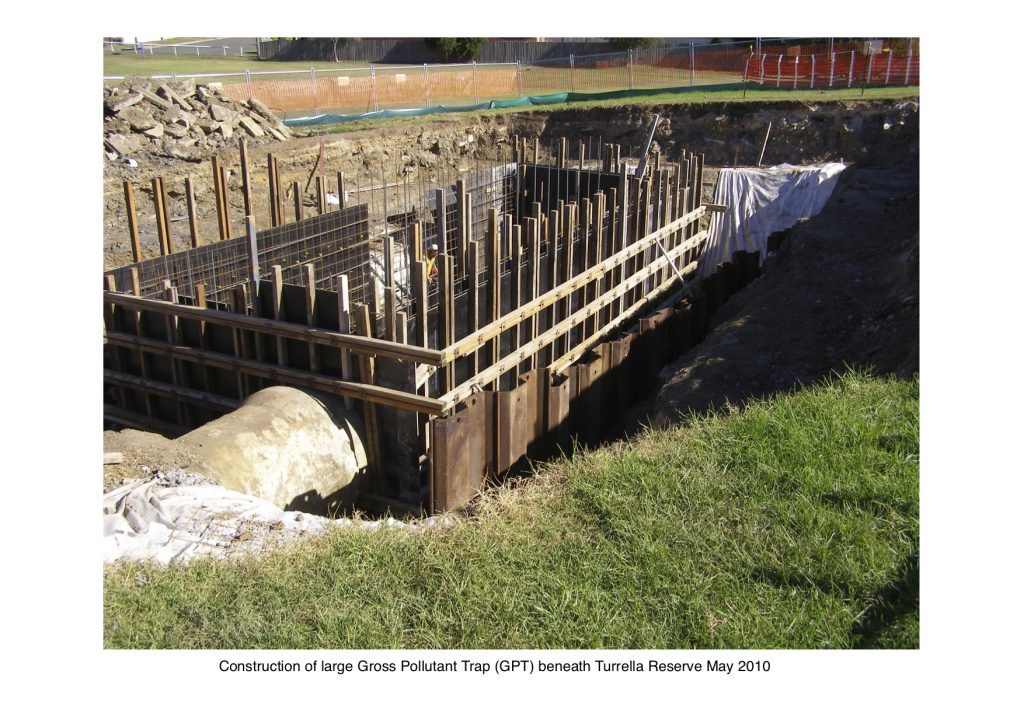 Overlooking Turrella Reserve is Nannygoat Hill, a steep sandstone outcrop covered with open heath and woodland. It provides great habitat for small birds and lizards. The steepish climb to the top is well worth it, as you get spectacular views towards the city and over to the airport and beyond. 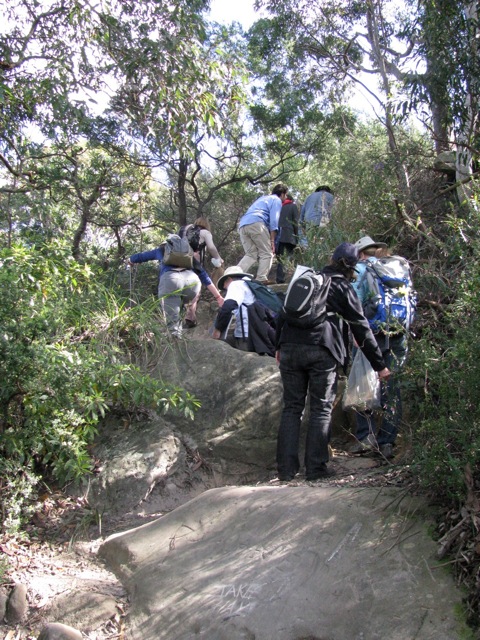 Eastern end of the Valley

Below the weir and fishway, Wolli Creek becomes brackish, and snakes its way to its junction with the Cooks River near the railway bridge, making it ideal for a leisurely kayak trip past mangroves and wetlands. 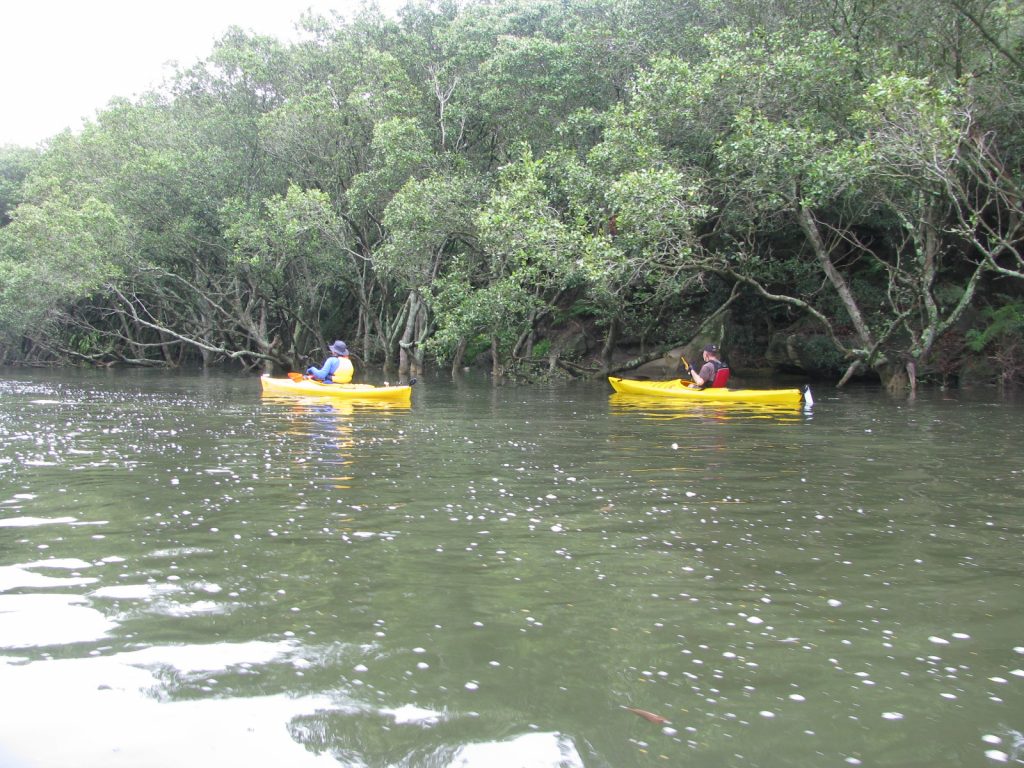 The Jackson and Undercliffe walking tracks continue further east from Turrella Reserve, going past the heritage-listed Jackson Place sandstone cottages to the end of the Regional Park at Wolli Bluff at Unwins St. From here you have views across Gough Whitlam and Waterworth Parks to the Cooks River and Tempe. Standing on the Bluff on a clear day, you can also see to the CBD, and Chatswood on the North Shore. 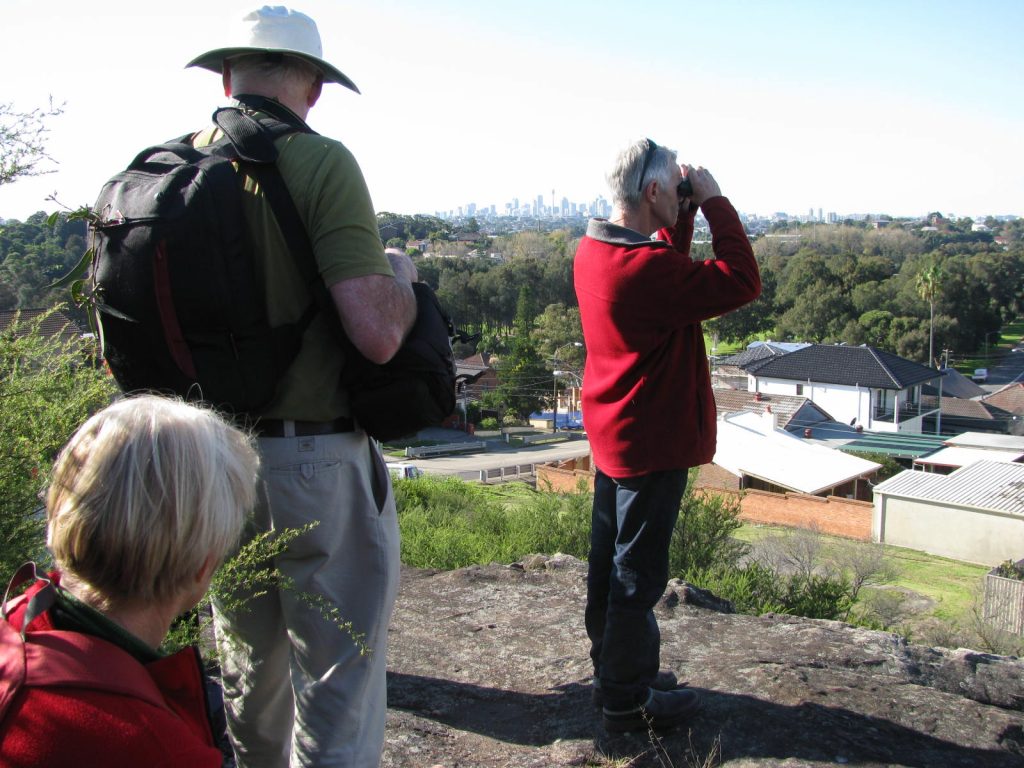 View from the Bluff at the eastern end of WCRP

The Wolli Creek Valley appears as a significant line of dark green in the Sydney-wide map below. 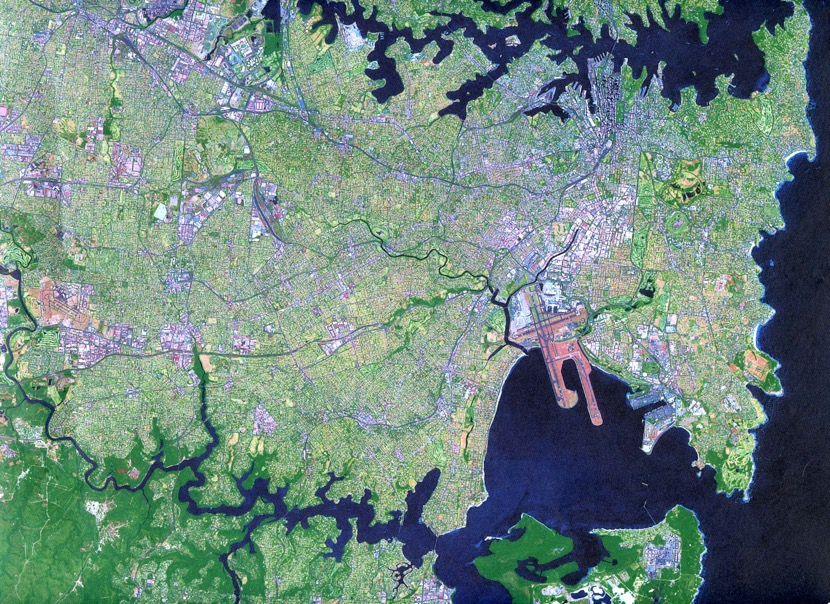 And in more detail below